Lets cut to the Crunch: How do you Lunch?

We don't have the latest stats on how many people actually prep their own lunches or even step away from their desk during their lunch break?

Its alarming to note that 96% of Australians working population eat lunch at their desks back in 2016.

Do you think this percentage has changed? We think not. We know we've been guilty of it too!

We are also guilty of getting take-away too and with the numerous new options on offer with Uber Eats and Deliveroo, we don't even have to leave the building to enjoy a little sunshine!

We think we need to stack the deck against this trend - live healthier, prep your lunchbox and be proud of it!

Why? Because you should be! You're helping the environment AND you'll be on your way to be the next Masterchef! 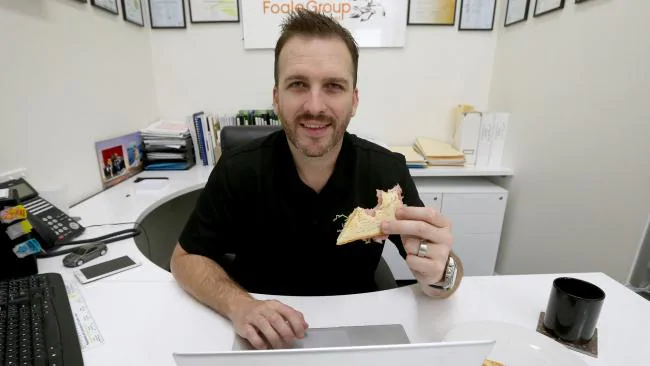 The working day is getting busier, and for 96 per cent of the Australian working population that means eating lunch at a desk.

According to McCrindle Research, only 4 per cent of Australian workers bring lunch from home each day, whether it be leftover or a Vegemite sandwich, with the rest business lunching, popping into a food court or skipping lunch.

Nutritionist Susie Burrell says lunch is a significant main meal, and if people are not eating properly there is a “huge unhealthy bunch of office workers” out there.

“If you’re buying your food away from home you’re typically consuming twice as many calories,” Burrell says.

“The food court chicken schnitzel, focaccia, Sumo Station salad — they generally have twice as many. That leaves you feeling heavy and tired in the afternoon and predisposed to flat periods and buying snacks. Often what’s available in offices is snacks like biscuits or fundraiser chocolates, and if your office environment isn’t healthy, it has a huge impact.”

Poor weekday lunching is having an impact on productivity internationally, and not just in Australian capital city offices.

The International Labour Office has found poor diet on the job is costing countries up to 20 per cent in lost productivity, because of malnutrition in developing countries or the excess weight and obesity afflicting workers in industrialised economies.

But eating well at work is not that simple, and many people find it difficult to extricate themselves for their desk to walk around the block and eat or leave the office to buy food.

The Australia Institute has found 3.8 million Australians no longer stop for lunch, which Burrell says can change if busy workers think of canny alternatives.

“Think about having snacks and foods delivered to the office,” she says. “Coles and Woolworths deliver. And think about novel ideas — have a lunch club where everybody brings a meal once a week, so you only have to provide one lunch. It could be a hot lunch or sandwiches.”

She says the secret to good nutrition is planning, including going to a supermarket once a week and buying enough lunch products to last five days in the staff fridge.

She also advocates eating between noon and 1pm to ensure people do not leave their main meal too late and end up eating sugary foods later on.

“If they have a coffee at 11 they have a late lunch and if their sugar is low they’re more likely to look for sweet foods after,” she says. “A good afternoon snack is a handful of nuts, and you’re home and hosed.”

Herbalife Nutrition advisory board member Darren Burgess says introducing a little bit of exercise during the day helps, including walking farther along the street for lunch or going for a walk, jog or the gym before eating a healthy desk meal.

Burgess says being sedentary in the office can lead to weight gain and low productivity.

He thinks people should consider standing desks, leaving their lunch in fridges on other floors in their building, and not having a water bottle at their desk to ensure they walk to get it. “I find it overwhelming that people don’t make time to exercise,” he says.

“They’ll make time to take their car to get fixed and fix their house, but they don’t take time to fix their most valuable asset, their health.”

Burgess, who also works for AFL club Port Adelaide, cannot overstate the importance of exercise for busy people and says there is no excuse for lacking time.

“People say they’re too busy … but you’re not too busy to get up half an hour earlier.

“You can go to bed half an hour earlier so you get the same sleep,” he says.

He says planning meals — from weekday lunches to dinner — is important and can be done on weekends.

Accepting people are often too busy to leave the desk, he advocates bringing in snacks including nuts, fruit and yoghurt. “We live in the real world — everybody’s busy, everybody’s time poor, and we have to think about the best way to get good nutrition on board.”

Mortgage broker and financial adviser Nick Foale, 37, had a wake-up call this year when he was told his cholesterol was too high and needed monitoring.

The father of three admits he does not always eat well at work — sometimes he brings leftovers, other days he crosses the road for sandwich, there is the odd corporate lunch, and busy days when he eats nothing.

“Sometimes I get out and go for a walk, but not as often as I’d like,” he says.

“But I’m probably a bit more conscious these days. I go for my blood test each year and at the moment I’ve got high cholesterol and my wife is a healthy eater, so I’m trying.”

The Lifestyle Money Management director works about 50 hours a week and will often sit at his desk because he can get more done or finish earlier. It can be more convenient to “power through”.

He also feels the afternoon snack attack and, until recently, would go for chips, dips or cold meats. “Lately it’s been vegetables or fruit, I just grab a piece of fruit on my way out in the morning. I got told to cut out cheeses, too.”

When there are no snacks left he sometimes has a coffee with milk and sugar, which dietitians warn can be another trap for office-related weight gain.